First Alert Forecast: eyes on Hurricane Isaias... a brush, at the very least, is likely

WILMINGTON, N.C. (WECT) - Good Saturday to you! Thanks for checking into your First Alert Forecast on this first of August, which will feature seasonable heat and only a few pop-up cooling storms. A Heat Advisory is in effect from 12-7 p.m. Saturday as heat index values climb to 106 and locally higher. Take frequent breaks if you’re working outside, particularly as you monitor and prepare for possible impacts from Isaias, which could happen as early as Monday morning... 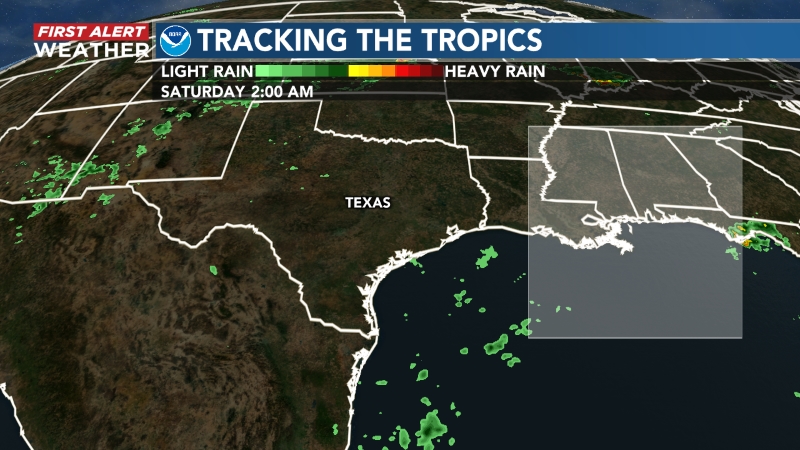 Isaias officially became a hurricane Thursday night and almost certainly will be able to maintain that intensity over the hot Bahamian waters Saturday and Sunday... and up to the Carolina latitudes early next week.

11 PM FRIDAY ISAIAS UPDATE-the storm still has 80 mph sustained winds. An inland track over FL or SC is possible but not guaranteed. It could be either a tropical storm or hurricane when it arrives. Largest impacts Monday evening/night. #WECTwx #ILMwx #ncwx pic.twitter.com/QOcH2CWCrE

Like so many past storms, the “cone of uncertainty” orients itself awkwardly along the coastline of Cape Fear Region. Meaning: subtle meteorological changes can mean the difference between a storm whose center plows in versus one that slips relatively harmlessly offshore. 20 or 30 miles either way might make a huge difference...

That said, please take a moment to review these track scenarios...

1. A track along the left side of the cone = a landfall in the Grand Strand or Cape Fear Region. This scenario is POSSIBLE. In it, a 24-hour-or-so spell of rain, severe thunderstorms, and strong winds will develop on or around Monday. Minor to moderate coastal flooding and rip currents would be a certainty in this scenario.

2. A track through the heart of the cone = right along the coast. This scenario is POSSIBLE. In this on or around Monday evening scenario, the core of Isaias would bring rain and isolated thunderstorms, but the very strongest winds would stay nearer to the coast and, even more especially, offshore. Minor coastal flooding and rip currents would remain likely.

3. Track along the right side of the cone = offshore. This scenario is NOT AS LIKELY. This is the best-case scenario. In it, the core of Isaias would glance the area on or around Monday, but its strongest winds and rains would remain well offshore. Minor coastal flooding would be possible, though, and, yes, rip currents would remain likely.

So, your First Alert Weather Team recommends you...

- use caution amid an elevated risk dangerous rip currents at all area beaches as early as Friday and Saturday.

- hope for that more eastward storm track by Sunday and Monday.

- shore-up your hurricane plan just in case. By the way… we would recommend this whether Isaias was out there or not. August is almost here, after all!

- visit wect.com/hurricane and read, learn, and apply everything you can. Turn negative anxiety into positive knowledge and action. No matter what, we got this.

- stay away from sensationalized media content designed to scare you, and stay with the National Hurricane Center data. And, for local perspective on that data, your WECT Weather Team...

Thanks for your trust as we weather this storm together. 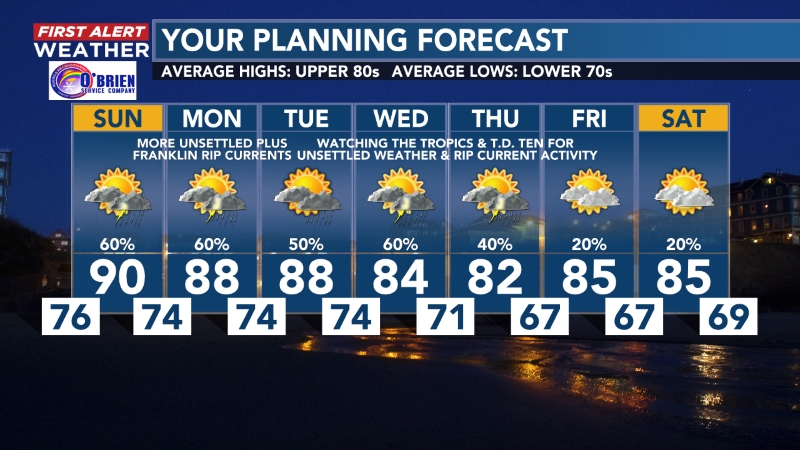 Crews respond to fire in Ogden